American Indian and Indigenous Studies began as an interdisciplinary academic program within American Studies in 1998. At that point, UNC offered few courses on American Indians. The Research Laboratories in Archaeology, founded in 1939, conducted research, and anthropology faculty taught the occasional course, as did a succession of history adjunct and visiting faculty, but no coherent program existed. 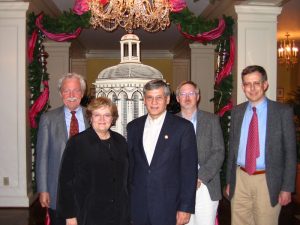 Students in American Indian and Indigenous Studies also participate in RLA’s field schools, secure internships at the Interior Department, engage with the American Indian Center’s Elder in Residence program, and enjoy a host of activities sponsored by the Carolina Indian Circle and other groups on campus.

The result is an academic program that is innovative and integrates academic and experiential learning.