Want to learn more about the faculty, students, and staff that make up the Department of American Studies? Follow along with our new AMST/FOLK Coffee Chat series where we ask our community about new research, old hobbies, and everything in between. 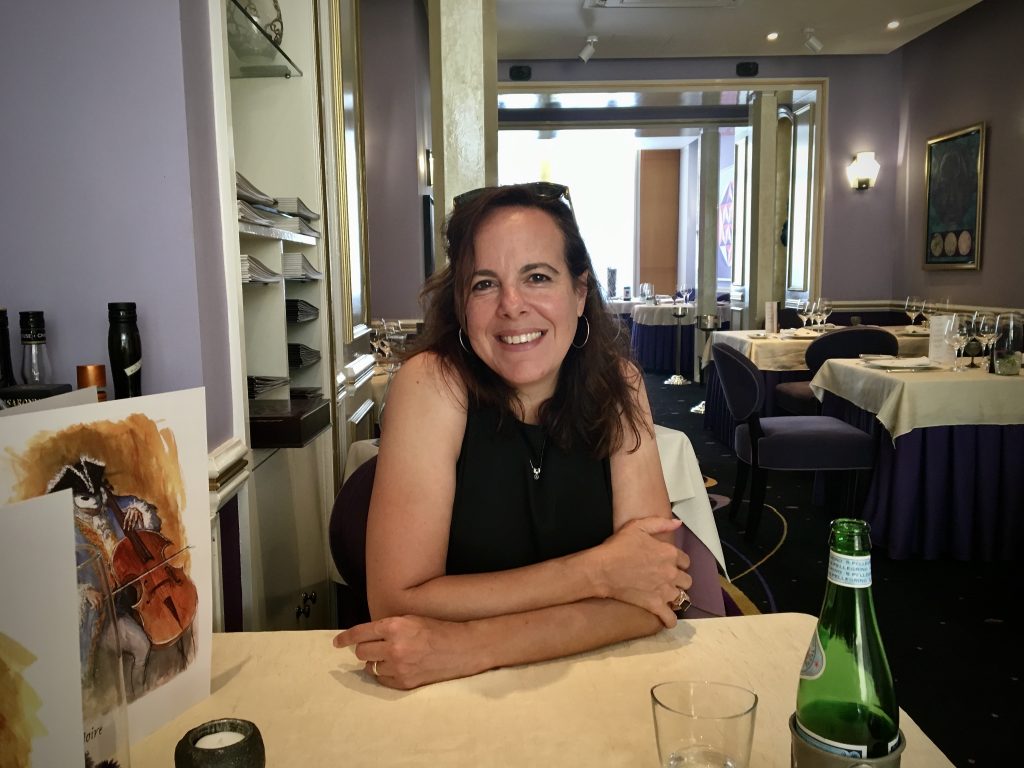 This week we’re chatting with Kelly Alexander, a visiting scholar in American Studies department specializing in food studies. Read on to learn more about her work, hobbies, and advice she values.

A: Home is a complicated concept! I’m quite proud to be a second-generation Atlantan, and I usually lead with that. But I’ve lived in Chapel Hill now for 15 years, which is almost as long as I lived in Atlanta. And then spiritually speaking, I lived in New York City for 10 years and remain one of those people who imagines that New York is the center of the world.

Q: How would you describe your research to an undergraduate?

A: My lens is always food. How food connects people to one another and to the places where they live, how food tells stories about the people who cook and eat it, the obsessions people have with the food we eat….There is nothing more interesting in the world.

Q: Tell us about your latest project!

A: Currently, I’m working on a project about a loose network of people who work to recirculate discarded but still edible food in the EU’s capital city of Brussels, Belgium, which connects social workers, policymakers, chefs, volunteers, and activists in an aim to feed hungry people and limit damage to the planet. It’s easily the most overtly “political” work I’ve done.

A: I’m looking forward to my PhD hooding ceremony in May, which represents not only six years of graduate school but an entire career of producing food scholarship outside the academy as well. I have written about food for more than 20 years for magazines and in books, and then decided a few yeas ago to devote my career to advancing critical food studies as a discipline within it. It’s a reasonable transition for someone who wants to convince other people to think more seriously about food. My proudest non-academic moment was winning a James Beard award for my magazine writing about Clementine Paddleford, a food reporter at the New York Herald Tribune in the 1950s and 1960s who revolutionized what food writing could be. She’s my hero.

A: My friends and family regularly inform me that I have terrible taste in music; I love the sounds of the 80s, for which I offer no apology. Favorites are Journey, ABBA, Queen, the Eurythmics, and Prince. Etta James is my favorite artist to listen to while making pies; I listen to old REM albums when I’m cooking project-type dishes like long-simmering stews.

A: Aside from learning to cook new things — I’ve been working lately on making homemade bagels — I practice yoga regularly, which requires a great degree of humility. I also love playing board games and cards with my family, we’re big board game geeks. And of course reading; I began my career in the world of magazine journalism and I still subscribe to lots of magazines and love reading the New Yorker from cover to cover every week.

A: There was this road sign on I-85 north from Atlanta to Charleston that I saw when I was a teenager driving that route with my best friend, and I never forgot it because I thought it made so much sense: “Keep moving, change lanes later.”

Want to suggest someone for a AMST/FOLK Coffee Chat interview? Send us a line at uncamericanstudies [at] gmail [dot] com.